Window coverings play a major role in the entire look and
feel of your home. We are committed to helping you get
the most out of every single room in your house!

We proudly offer custom window treatments, including
blinds, draperies, shutters, and more that can take your
home from drab to fab!

Whether you want to improve the style and function of
your living room, are seeking energy-efficient window
treatment options, or want to create a cozy atmosphere
throughout your home, our expert consultants can help.

We’ll come to your home for a free design consultation to
take a look at your specific needs and work to understand
your goals.

From there, we’ll help you find the perfect custom window
coverings, perfectly aligned with your preferences and
your budget.
VISIT WEBSITE 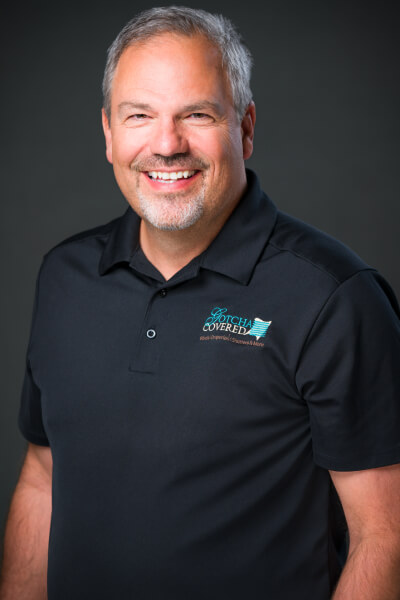 brand leader
Paul has been the President of Gotcha Covered since 2010 following a varied career in sales, marketing, and entrepreneurship. Paul excels at being lucky, especially in being able to work with an amazing group of people at Gotcha Covered, and helping provide custom window treatments for people across the US and Canada.

Paul grew up in the Detroit area and his love of the Red Wings has never waivered. He graduated from Miami (of Ohio) and has had to explain that several hundred times over the years. Paul has been in Colorado since 2000.

Paul plays hockey, practices Krav Maga, and occasionally gets behind his drum set to fill the house with slightly off-tempo but incredibly enthusiastic drum covers. Also a fan of craft beer and not cooking, Paul and his wife, Maggie, base their relationship on those three special little words - "diet starts Monday.”